DevOps is the new buzzword in the industry. From Software Development companies to Tech startups, everyone is talking about it. Though it sounds like an alien language to small businesses, they should try to understand what it is, how it can help them, and if it is the right fit for their company. In this blog, we will try to explain what DevOps is, how it can help your business and whether it is worth it to bring it in.

DevOps is a software development method that aims to speed up the rate at which companies are able to produce new features. It emphasizes communication, collaboration, integration, and automation. According to AWS, DevOps is the combination of cultural philosophies, practices, and tools that increases an organization’s ability to deliver applications and services at high velocity: evolving and improving products at a faster pace than organizations using traditional software development and infrastructure management processes. This speed enables organizations to better serve their customers and compete more effectively in the market. The goal is to bring together the software developers and the IT operations professionals. The DevOps method aims to reduce lead time in the creation of new features for customers, as well as lower costs and improve quality. The idea is to bring together developers and operations workers so that they can use methods like continuous integration and deployment (CI/CD) and test-driven development (TDD) to generate code faster. DevOps was originally used to describe the specific practices used by agile software developers — notably, the way in which software should be deployed as frequently as possible with automated tools like Chef or Puppet.

DevOps has become more popular in recent years, with many companies adopting its principles. Even so, some people don’t know what it is or why they should care about it.

What are DevOps interview questions and answers?

Below are some common DevOps interview questions with answers provided by experts from DevOps companies like OpsGenie, Puppet Labs, and more.

What exactly is DevOps?

DevOps is a software development methodology, which focuses on better communication between software developers, testers, and other IT professionals. The primary goal of DevOps is to improve the speed of software delivery by bringing all parties together in a collaborative environment.

Trying to define DevOps means that you have to determine what it encompasses. Some people consider it to be a broad philosophy or approach, while others think of DevOps as a set of tools and services. But it’s both — the focus here is on collaboration and communication.

DevOps has been around for more than five years now, but it wasn’t until 2013 that Gartner included it in the top 10 strategic technology trends list. And since then, its popularity has only increased — some consider DevOps to be the “next big thing” in IT.

Scalability is a must in today’s business. It’s not just about building an app but building an app that can grow with the business needs. The industry-standard approach to software development is Agile Development, and DevOps is about extending this methodology across the entire IT operations. This recognizes the importance of efficiency and communication in the IT department and makes sure that speed, agility, and quality are maintained throughout the software development life cycle. DevOps even encompasses infrastructure design and deployment to ensure that software developed by the organization is able to easily scale in response to business demands.

What is the relationship between DevOps and Agile?

There is a lot of confusion around the relationship between DevOps and Agile. Some people think that they are one and the same, while others think that they are mutually exclusive concepts. Still, other people believe that they can be used together (and they may be right).

The reality of DevOps is that it does have a set of principles, but the word itself has become an umbrella term for an ever-expanding set of practices. There is no one true definition of what DevOps is or should be; rather it is a collection of practices that aim to improve communication and collaboration between software developers and IT operations teams.

DevOps is a way to increase efficiency and make it easier to develop and release software. Steps in the DevOps process include collaboration among developers, testers, and IT operations staff.

Testers can benefit from DevOps by being involved in the entire software development process rather than just at the end. This ensures that testers are aware of code changes so they can more easily test those changes.

The biggest challenge for DevOps is getting everyone on board. Many companies have siloed groups: developers, testers, and IT operations staff work separately from one another, but in an ideal DevOps environment these groups would work together for a more efficient workflow.

One reason some companies have such silos is that different teams use different tools for specific parts of the software development process. When this happens, it’s difficult to move from one step in the process to another because it requires switching tools. But with proper planning, all three groups can use one tool, which will save time at each stage of the process.

How is DevOps used?

DevOps is a culture, methodology, and set of tools that enable the flow of work between development, QA, and IT operations. It is a collaboration methodology designed and employed by developers, IT professionals, and business leaders to increase an organization’s speed of software delivery, quality, and innovation. DevOps is also about breaking down organizational barriers that prevent teams from working together effectively. If you want to speak with an expert, contact us.
DevOps is now an integral part of how most organizations are run. DevOps helps companies deliver greater value faster to both internal customers (such as other departments) and external customers (such as end-users). Organizations such as Netflix, Google (Google Cloud), Facebook, Etsy, Capital One, and every other company have adopted DevOps in their development processes, that helped them to scale fast and make all the processes secure.

​​DevOps Implementation: Where To Start And How To Make It Result In Success

Many organizations today are striving to improve the delivery process to take it to the next level. A successful DevOps implementation is imperative to achieve this goal. However, the question is where to start with DevOps implementation and how to make it a success? There is a lot of information about DevOps, still there is… 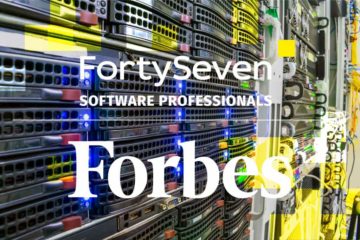 How To Choose Where To Store Data: In The Cloud Or Data Center?

FortySeven’ team discusses these types of questions with every client: Cloud or Data, what type of storage should we use for a current project? Where to store data for startup, middle-size business or corporation in cloud infrastructure or data center? Some clients already know where they want to store their data, and some are confused…. 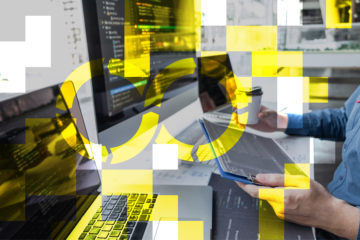 The Pros and Cons of DevOps Outsourcing

DevOps helps create a work culture where the development and operations team work together to develop software. It ensures that organizations work at a faster pace than traditional software development models and processes. That’s exactly why DevOps is gaining high popularity. Now when it comes to DevOps team, organizations have two options, either to hire… 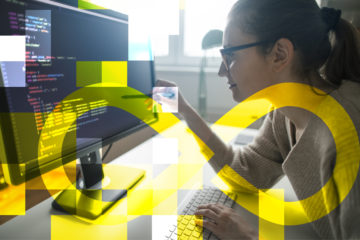 How to Implement DevOps from Scratch

DevOps has taken over agile development and now is dictating the digital world. Mid-sized businesses and large enterprises have moved from traditional ways of software development to DevOps. And, they are enjoying increasing benefits such as reproducibility, easy maintainability, cost efficiency, lesser risk, better quality, productivity, and great end results. If you or your organization…