Open Source – How To Deal With That?

The open source movement has been growing exponentially in recent years, with more and more businesses of all sizes turning to this collaborative model as a way to develop and share software. But as with any new trend, there are plenty of misconceptions about what it means and how it works.

In this blog post, we’ll debunk some of the most common myths about open source and explain why it’s such a powerful tool for businesses. We’ll also discuss the benefits of using open source software and offer tips for getting started.

What is an open source?

Open source is a collaborative software development process that encourages participation from a large community of developers from many organizations. It refers to software that is available for use, modification and redistribution. This means that anyone can access the source code of an application, modify it, and redistribute it. The process of contributing to an open-source project, or creating one, is called “open-sourcing.”

Sometimes people tend to write open source incorrectly. It is not necessary to use capital letters unless you are referring to the Open Source Initiative. When you use open-source as an adjective in a noun, such as in open-source software, you should hyphenate it. You should not use the adjective open-sourced. The hyphen should not be used in other instances, such as Open source is a development model.

A rule of thumb states that you should not capitalize or hyphenate “open source” unless it is part of a proper noun (like Google Open Source). The community, not the community: yes, there is something wrong with referring to open source as “the community,” but open source is not a monolithic organization.

Apple is exclusively a closed source company. The company’s products are proprietary and not available for free use by third parties. It is also different from closed source, which refers to software whose source code isn’t available to anyone except those who have paid for it.

Google Chrome, Firefox and other web browsers are another example of an open source browser. It’s available for free, and there are no license fees or royalties to pay when using it.

OpenOffice is another example of an open source office suite (also known as a productivity suite). Most versions of Office are licensed, but OpenOffice is not; instead, it’s available for free download from the Internet.

Open source business models are also known as collaborative economy or crowd-sourcing. They are based on the idea that businesses can benefit from the contributions of their customers and employees, as well as from the free sharing of information among them.

For example, Open Street Map is an open-source mapping project that anyone can contribute to. The project is powered by volunteers who use OSM data to create maps that they upload to a public website. Anyone can download these maps and use them to create their own maps or even sell them commercially.

Open source refers to a process of development in which the source code for a particular program is made available for examination, inspection and modification by the public. This means that anyone can examine the program and make changes to it without having to ask permission from anyone else. Sometime open sources doesn’t means it’s free at all! That means you can use it for free but you must pay back the developers what they have spent developing the software and sharing their code with you (in most cases).

What are the types of open source software?

There are three main categories of open source software:

What is open source software wiki?

Open access refers to a set of principles as well as a range of practices that facilitate the distribution of research outputs online, free from access charges and other obstacles. Using an open license for copyright also reduces or eliminates barriers to copying or reusing when open access is strictly defined, or libre open access.

Open access means that the research is made available online and free to read, download or use. This includes the ability for anyone to copy and share the article, as well as make copies for their own use.

As we are moving to the world where people share information with each other in order to help, we will recognize more and more new projects based on the principles of open source. You have always the opportunity to try it do by yourself, and in case you need extra expertise, you can definitely find the trusted partner who will help you to accomplish the goal. In case you would like to receive a professional consultation, let us know: info@fortyseven47.com 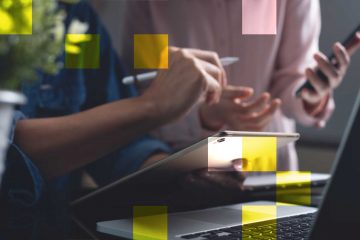 What Is A Cyber Security Audit?

A cyber security audit is a detailed examination of an organization’s IT infrastructure. Security Audits ensure that the right policies and processes are in place and functioning correctly. The objective is to find any weaknesses that could lead to a data attack. It includes flaws that allow criminal actors to access sensitive data without authorization… 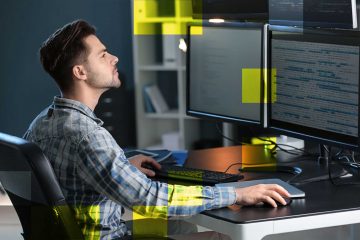 JavaScript As A Programming Language

When it comes to programming languages, there are often debates about which one is the best. There are a lot of factors to take into consideration when answering that question. You have your programming projects, whether research, personal or academic; you want to make sure that whatever it is you’re looking to do, the code… 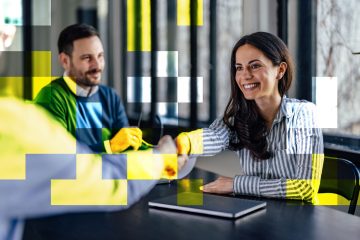 When you’re starting a business, it’s important to focus on customer engagement. In order to keep customers happy and coming back, you need to make sure that they feel valued and appreciated. This means developing a strategy for customer engagement that goes beyond just providing support or solving problems. It also means taking the time…

Manufacturing is a critical part of the global economy, and it’s only going to become more important in the years to come. As factories become more automated and products become more complex, the need for a robust manufacturing sector will only increase.  But as anyone who’s been in the manufacturing business knows, it can be…