IT Solutions For Solar Energy 

Solar energy is getting more and more in use, everywhere. Since it is a renewable source of energy, it is considered to be one of the most popular and promising solutions to global warming and to the need for energy for households and industry. Solar energy is available every day and every year, as long as there is light in the sky. The future of the world is going to be based on renewable energy like solar power. Businesses that are not going to be able to get on board could soon find themselves at a big disadvantage. This blog on IT solutions for solar energy will look at the different systems that are being used to help make solar energy more viable.

What are the IT solutions for solar energy?

Solar power is the conversion of energy from sunlight into electricity, either directly using photovoltaics (PV), or indirectly using concentrated solar power (CSP). The solar industry has been rapidly growing in the last two decades, particularly in the United States. According to Sia, in 2020, there will be over 230,000 Americans employed in the solar sector by more than 10,000 businesses in every state. Approximately $25 billion in private investments were made in the solar industry in 2020.

Concentrated solar power systems use lenses or mirrors and tracking systems to focus a large area of sunlight into a small beam. Photovoltaic cells convert light into an electric current using the photovoltaic effect.

Solar PV has been getting cheaper and cheaper, and it could be argued that this is due to the increasing role of IT.

IT solutions are used in many different ways in solar energy production, one of which is monitoring. Many sites use web-based monitoring, where data is collected via sensors in thermostat readers and other equipment is sent back to the main office on a daily basis. This allows managers to identify areas in which efficiency may be improved, such as reducing the amount of time certain components are exposed to direct sunlight. This also means that remote sites can be monitored and controlled from central locations.

How is Big Data, IoT, ML used in Energetics?

Consumers of electricity can closely monitor energy consumption and have the ability to determine their consumption thanks to the Internet of Things (IoT), smart power meters, and smart electrical appliances. The IoT infrastructure enables data from sensors to be captured and analyzed in real-time.

Big data, IoT, and machine learning (ML) are technologies that come with a promise and when used correctly, can help solve some of the most complex problems we are facing today. However, when used incorrectly, they can also have undesirable consequences. We are talking about the energy sector, where big data analytics can be used to optimize electricity generation, use, and consumption, and the IoT can assist in the maintenance of the existing infrastructure and help in the creation of new smart grids and smart grids.

As energy efficiency is an important issue, big data and machine learning are a couple of the latest technologies that could help improve efficiency. Researchers at the University of Cambridge have recently used big data and machine learning to identify the most energy-efficient cities in the US. Their algorithm, which was able to predict the energy consumption of more than 1 million US households, will reportedly help utility companies save $7 billion a year.

What is the best alternative to solar energy?

There are a lot of different ways to generate electricity. The most common sources of electricity include coal, nuclear, and oil. The fossil fuels used in electricity generation include coal, natural gas, and oil. Most of this energy is produced by power stations that burn fossil fuels. To produce electricity from fossil fuels, vast amounts of water are used to cool the power station’s machinery. This water is returned to the environment at a higher temperature than when it was taken in. This process is known as cooling water discharge, or thermal pollution.

Nuclear power stations make use of heat generated by nuclear reactions between heavy elements such as uranium or plutonium. Some of the heat is converted into electricity using a steam turbine. The rest of the heat is released into lakes around the power station where it can cause thermal pollution if there are no adequate environmental controls in place.

Renewable energy involves harnessing natural processes such as sunlight and wind to generate electricity. A wide variety of technologies are used to achieve this including hydroelectric dams and offshore wind turbines. In general, these technologies have much smaller ecological footprints than conventional technologies, but they do not produce electricity at all times of day or year.

How can we reduce the use of solar energy?

Solar energy is one of the most important sources of renewable energy. With its rapidly increasing popularity, it’s going to have an important role in our future energy demands. However, there are still disadvantages to using solar energy.

Turbines are expensive and harder to build than a simple windmill, so they cost more. Also, the amount of light and heat that reaches the Earth from the Sun has been slowly decreasing for thousands of years.

There are ways we can reduce the use of solar energy though. Here are some:

Change our usage habits: We can improve the efficiency of solar panels by not leaving lights on when they aren’t needed and turning off appliances when they aren’t being used. There is also a product called Solar Keychain which allows us to charge our cell phones while walking outdoors.

Change our infrastructure: By changing our parking lots into greenhouses, we can heat them with solar panels around their roofs. The greenhouses will then be able to grow crops all year round, reducing our need for heating oil and propane during winter months. In addition, we can use aerogenerators (wind-powered generators) instead of large solar panels for homes without access to sunlight for long periods of time or homes that don’t have enough.

Use screens or blinds: You might consider installing shades or blinds on your windows instead of cranking up the air conditioning. Solar heat is reflected away from your house by blinds and shades that are automated to make operation easier. This same technology also retains heat during the winter months. It provides instant climate control without hefty costs.

In general, solar energy is on the rise and will continue to be so. It’s crucial that we make use of it inefficient ways though, so as to not hinder its progress. The good thing about this is that such technology is easily available. There are many apps and devices available for you to use today that can help you get started using solar power. The more we are able to embrace it, the better chance we have of creating a more sustainable future. 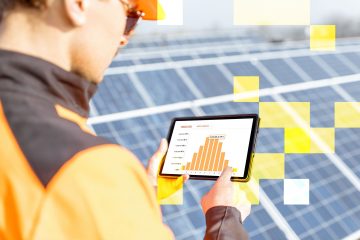 The emerging technological trends have largely reshaped how business value is driven and delivered in this modern market. Our infographic on Energy Consumption will help you to see how to successfully operate, where to keep attention, how to keep customers satisfied in these times of brand new viewpoint on energy consumption. Trends have become highly… 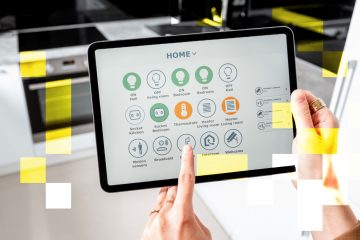 The average American family spends about $2,000 per year on energy bills. That number will only go up as we continue to rely on electricity to power our lives. But what if there was a way to reduce that cost without major changes to your lifestyle? How often have you left your house and forgotten… 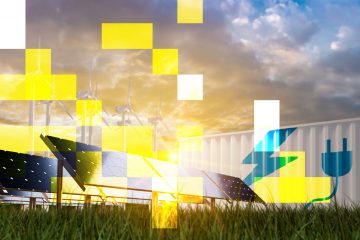 Energy Management Systems And IT

With the progress of technology, the competition in the markets for enterprise software is much higher as compared to previous years. The latest technology has changed the world totally in all aspects of life. Similarly, businesses and companies are adopting the latest technologies to solve all the related issues. While talking about business and companies,…