The Usage of Blockchain in Software Development

Blockchain technology is a distributed database that allows for a secure, transparent and tamper-proof way of recording transactions.

Blockchain is a new type of database that allows for secure, transparent and tamper-proof transactions. They were first developed as part of the Bitcoin digital currency system, but they have since been used in other applications such as Ethereum and Hyperledger Fabric.

Blockchain is similar to traditional databases in that they allow you to store data in an organized way. However, blockchains use cryptography to protect the data from being tampered with or stolen. This makes them particularly useful for applications such as financial services, supply chains and healthcare where security is important.

Another advantage of blockchain is that they can be used to create decentralized systems where different parties can trust each other without having to rely on a third party like a bank or government institution. This could lead to more efficient and effective business processes across a wide range of industries.

What companies use blockchain?

Blockchain is a type of distributed database that allows for secure, transparent and tamper-proof transactions. It has been used by a variety of companies to improve their operations. Here are some examples:

IBM has developed a blockchain platform called Bluemix that is used by businesses to create and manage their own blockchains. It can be used to track the movement of goods, share data between different departments in an organization or manage contracts more efficiently.

Microsoft has also developed its own blockchain platform called Azure Blockchain Service which enables developers to build decentralized applications (dApps) on top of it. These dApps can be used for things like tracking food safety or issuing invoices securely and quickly..

Moreover, they have been used by a variety of companies, including American Express, BBVA and BMO.

Why do companies use blockchains?

There are several reasons why companies use blockchains. They can be used to improve the security and transparency of transactions, reduce costs and time spent on processes, and create a tamper-proof record of assets or contracts, and more.

Blockchain technology is unique in that it allows for secure, transparent transactions between two parties without the need for a third party like a bank. Transactions are verified by computers rather than people, which eliminates the risk of fraud or mistake. This makes blockchain an ideal solution for businesses that need to keep track of their finances securely and efficiently.

Another advantage of using blockchain is its ability to reduce costs and time spent on processes by automating certain tasks such as contract signing or asset registration.

By creating a tamper-proof record with blockchain technology, businesses can ensure that all information remains accurate no matter what happens during future business changes.

Plus, there are many other reasons why companies use blockchains. Here are a few:

Is it only about cryptocurrency?

Blockchain technology is far more than just Bitcoin, the world’s most famous cryptocurrency. It’s all about trust, security and decentralization.

Blockchain is a decentralized ledger system that records transactions in blocks of data called “blocks.” Each block contains encrypted transactions along with other data that links it to the previous block in the chain. The blockchain is accessible by anyone with an internet connection and can be seen by anyone with an internet connection. This means that blockchain technology can be used in any industry, including finance and healthcare, where there are large numbers of transactions that must be recorded efficiently and securely.

Blockchains may seem like they’re only useful for cryptocurrencies like Bitcoin or Ethereum, but they have many other uses as well.

What areas can help blockchain?

The blockchain is a distributed ledger that is used for recording transactions or data. It uses cryptography to secure and validate the data added to it, which means that it cannot be altered without being detected.

There are many ways to use blockchain technology. It is not just a currency or a currency replacement, but it can be used in many other applications and industries.

Is it safe to use blockchain in software development?

The short answer is yes.

Blockchain is safe to use in software development because it’s immutable and secure. As a result, it is possible for developers to create applications that rely on blockchain without the need for an intermediary party such as a bank or other financial institution.

This means that software development teams can now build applications on top of blockchain without having to worry about the risk of hacking or theft.

How is blockchain used in software development?

Blockchain is a distributed ledger technology that allows for secure, transparent, and tamper-proof transactions. It has been used in software development to create trust between parties involved in the process and to track changes made to codebase.

Blockchain can be used as a way of recording all aspects of the software development lifecycle: from contract signing to code deployment. The blockchain provides transparency into who made what changes when, how they were made, and where those changes went once they were deployed. This helps ensure that everyone involved in the process is aware of any modifications or updates so that disputes or misunderstandings are avoided.

The benefits of using blockchain in software development include improved security, faster turnaround times on projects due to reduced paperwork and increased accuracy due to immutable records. 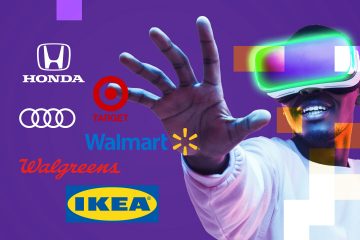 Metaverse And Business: How The Metaverse Is Changing Business?

The metaverse has been gaining a lot of attention lately. The virtual world exists in cyberspace and can be accessed by people from all over the globe, no matter where they are located physically. This digital environment offers businesses unprecedented opportunities to reach new markets, engage with customers personally, and create unique products or services… 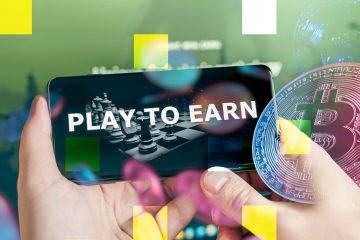 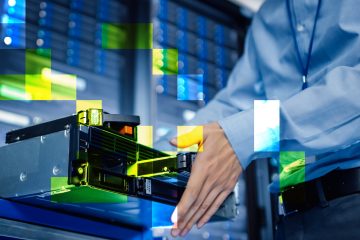 The Connection Between Web3 And Blockchain

This revolutionary combination has already revolutionized how people interact online, from financial transactions to securely sharing information. In this blog post, we will explore the connection between Web3 and blockchain technology, outline the difference between Web 2.0 and Web 3.0 and uncover the benefits of blockchain technology in Web 3.0, along with exploring the essential… 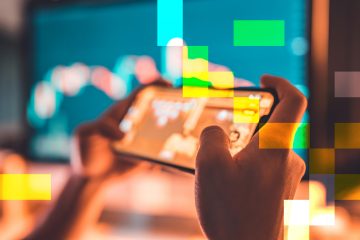 Blockchain In Gaming: Power For The Immersive Online Experience

Blockchain technology is revolutionizing how we interact with digital systems, providing an immutable and secure platform for data exchanges. In recent years, blockchain has gained traction in the gaming industry to create immersive online experiences. The blockchain-based virtual environments give players more control over their assets and unprecedented levels of engagement within game worlds.  With…