React JS is a JavaScript library for building user interfaces. It has been used in high-profile websites such as Facebook, Airbnb, and Instagram to build interactive web applications. React’s declarative programming style was designed to create UIs that are predictable, performant, and easy to maintain. The library takes advantage of the latest advances in browser capabilities through its use of modern technologies like HTML5 canvas, SVG graphics libraries like Raphael or d3js.

React JS is often chosen over other UI frameworks because it gives developers the freedom to choose whichever front-end technology they want without limiting them to a specific set of tools or libraries. While not all users will find React as intuitive as AngularJS or EmberJS due to its reliance on stateful objects, it offers a powerful abstraction of the browser’s HTML DOM into components with their own state.

In this post, we will explore the capabilities of React JS and how they can help your development process! Also, we will provide you with some more information about React JS in order to help you make your decision on which frameworks suit your needs best!

What is ReactJS and why is it used?

ReactJS is a JavaScript library developed by Facebook and Instagram. As the name suggests, it is most commonly used to create interactive user interfaces that adapt based on user input or data received through events.

Before React, other frameworks required DOM manipulation to render the dynamic elements on the page. This made it hard for developers to update the existing page without reloading a new version altogether.

ReactJS changed this by allowing components to be declaratively written and re-rendered as necessary: making it efficient and easy for developers to quickly update their users on various actions that take place and to display new information.

React can be easily integrated into any JS environment (Backbone, Angular, Vue). Its declarative UI approach makes it easy for developers to develop applications once for multiple platforms as well.

What can ReactJS do?

ReactJS is a library for building user interfaces. React is lightweight because apart from the view layer, it doesn’t force you to use anything else. React lets you develop components that control how data changes over time and how these changes are reflected in the user interface.

ReactJS can be used to build complex UIs using just HTML/CSS/JS or other technologies like canvas (e.g., Facebook Ads Manager). It’s one of the most popular JavaScript libraries out there, as its concept is straightforward and it allows for building reusable UI components. This means that developers can build a single component once and then reuse it throughout their project without compromising on code structure.

There are many advantages to React JS, but a few of the more important ones are as follows:

Why Do Developers Prefer To Use ReactJS?

The reason why developers prefer to use ReactJS is the rendering of a single-page application in the browser. The page loads quickly and there is minimal loading time. React JS allows you to use less DOM manipulation when trying to update the UI on your applications with something new. Finally, there are no refresh or repaint operations in react js, which can increase your app’s performance because it does not have to manipulate DOM elements.

Examples of websites that use ReactJS

React is only one of the different JavaScript libraries that can be used in development. Some popular platforms or websites using React are Slack, Facebook, Netflix, Airbnb, Quora, Bloomberg, and Instagram.

Is it worth learning JavaScript for React?

Learning React JS I believe it is more than just a fad. What’s important is not React directly, but the pattern that React has helped popularize. Independent data flow and functional programming principles have existed for decades, but are only now being widely adopted on the Web.

If I talk about the future, should I learn React JS in 2022? Therefore, I would say that it is best to first learn JavaScript at a professional level, and then learn React Native after you have already acquired a variety of skills. Those that are knowledgeable in React and its related tools, declarative user interfaces, and component-based development. For a start, this is a pretty good knowledge base.

Is ReactJS a skill?

ReactJS is not a skill.  I know that for many of us it is a skill. We have become so good at it, that we can build stuff faster than the next guy. But this is not what ReactJS is about. It’s simply an implementation detail on how to deal with updates in JavaScript apps. React is the ideal library for front-end developers today.

Simply put, your skills in development will become better when you break down React and learn how to use it. Many organizations believe these skills are essential and those interested in React development should be eager to level up or audit the skills of Facebook’s prominent JavaScript Library.

Today, more and more organizations are looking for the right people that know React JS. One of the main reasons why React JS is so popular these days is that it is easy to learn, you can start creating simple apps in no time. You don’t need to be an expert to write React apps.  It’s a truly awesome framework to learn if you want to put your toe in the world of web development.

Even if you do not want to pursue React professionally, it is still an essential skill that every web developer should know. This will help them build proper applications easily and efficiently. One last thing you can be sure of is a bright future for those who invest in learning the technology today. 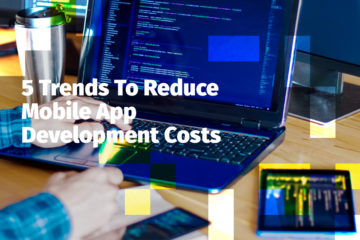