Here we will discuss what are the best languages for enterprise software development. Majority of the companies are now transforming and reforming their existing application into something more useful and flexible. The phenomenon started occurring when the companies found that adopting newer technologies would benefit their sales. Thus, they started developing their programs accordingly, widening more ways for smooth and flawless operations.

Each programming language out there, is particularly designed for some specified use. The ideal programming language prerequisite consistency amongst the others. Some companies already have designed the software depending upon their needs, no of employees and region. As told earlier, each language has its own syntax and specified-use.

Nobody can compare any language with others, because there might be possibility that the later language was designed for web development whilst the first one for desktop application. Nowadays, the entrepreneurs are trying to design software using the existing devices like iPhone or Android. Everyone should know about the market needs of programming before investing time and money in learning that specific language. Java is considered as the popular yet effective programming language for nearly every kind of computing needs. The said language is widely used by professional programmers for developing both business and various mobile applications. Millions of people are heading toward Java and JavaScript also due to its business implementation. Both languages are now widely in use for both desktop applications and server systems.

Which language is the best for enterprise applications?

It is one of the easiest languages in terms of syntax and learning. There was huge demand for this language over the past years but still has some limitations.

Java is a leading programming language used to create server-side frameworks for video games and smartphone apps. It is the central framework for creating Android applications, making it a favorite among many programmers. It is built to be compact and operate happily through various platforms.

It is the second most admired favorite programming language, since the network is so pervasive. It is nearly everywhere. JavaScript enables developers to incorporate multimedia features to their website, which is felt across the internet.

It is a language widely used for creating Microsoft desktop applications, very identical to Java. Someone with sound logic will love this language.

It is effective when operating small and performing low-level applications. It is commonly used with embedded devices like the TV firmware or aircraft operating system, as well as device operating systems like Windows. It is easier to learn how to code a kernel, because you gain a better understanding of how different languages operate beneath the hood, but it is uncommon for most web developers to have to do it nowadays.

What are the salient features of Java?

Java shares the same standard syntax and understanding of C & C++ with several changes, enabling developers to easily understand how to create a shorter learning curve, and its open-source design brings benefit to learning.

Java has been residing in the programming market for the last two decades from now, it has many programmers and experts across the globe, means giving companies opportunities to achieve a strategic edge with its open-source code and broad user community.

Java is more efficient and affordable as compared to other server platforms. It supports multiple hardware, devices, and platforms. The language is well-known for its cross-compatibility with other applications.

Java is amongst those official android programming languages, which work flawlessly with Android Studio. As we know, Java requires some virtual machine environment and android system prerequisites its own virtual environment. Thus, both are combined along with their object-oriented codes which gives smooth performance, quick execution, less lags, and enhanced security than other languages.

Java is more preferred whilst designing and computing cloud-based applications or back end storages. Cloud applications are much affordable. It is widely used in building cloud applications. This programming language has all-necessary features and tools. It helps programmers in writing program coding for companies of different sizes.

Java provides a cross-platform programming environment, which offers wide support for developing web applications. With such features, this language is very useful in the website and related application development. The language is much more secure over the other ones.

Java framework is built to help programmers build large network applications with flexibility, stability, and safety. These technologies are developed to address the challenges faced by major companies. The features that render business applications efficient, including protection and stability, also make these applications complicated. Java Enterprise framework reduces the complexities of enterprise application creation by offering a development model, hundreds of libraries, lots of APIs. This helps developers keep their entire focus on the coding rather than thinking to design basic libraries.

There are plenty of programming languages and sometimes developers are using several when developing the same project. Also it depends on the customer’s requirements, needs and suggestions of system architects. Here, at FortySeven we have a wide experience and expertise of developing projects in various languages depending on customer needs. If you need a consultation on your project, give us a call +44 2 071 013 530 or write to us info@fortyseven47.com. 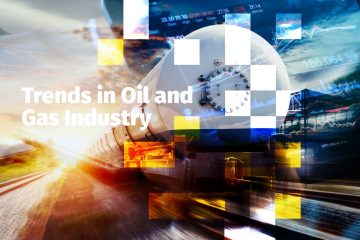 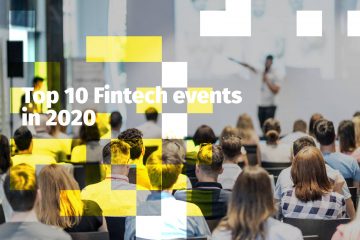 August 20, 2019 What is Agile Software Development from Customer’s Perspective? Read More
We use cookies to ensure that we give you the best experience on our website. If you continue to use this site we will assume that you are happy with it.OKPrivacy policy