The oil and gas industry is booming. There is an increasing demand for oil which has consequently caused the price of a barrel to reach new heights. This increased demand for oil products is a result of a globalized economy where oil plays a key role in keeping it running smoothly. With a solid understanding of the state of play in this sector, any investor can be positioned to reap big-time rewards.  In this post, we will look at the oil and gas market in brief.

What is the outlook for the OIl&Gas industry?

The oil and gas industry is facing a number of challenges. These include low oil prices, the rising costs of doing business, and increasing pressure from regulators. However, these challenges are not insurmountable and there are certain things that companies can do to improve their performance.

Oil and gas companies have been facing a tough time over the last few years. The combination of low oil prices and stricter environmental regulations has made it more difficult for them to operate profitably. This is partly due to the fact that many companies had spent heavily on exploration in the past few years in anticipation of higher prices in future. When prices fell they needed to cut back on their spending but this meant that they had less money available for investment and development projects.

Today’s situation in the Oil&Gas market?

The oil and gas market has been in decline for some time now. Oil prices are down and so are the number of jobs. The outlook is bleak, but there are ways to turn things around.

Today’s situation in the oil and gas market?

The oil and gas industry has been in decline for some time now. This can be attributed to several factors including:

Declining prices: The price of crude oil has been declining since 2014 when it was at $100 per barrel. In 2016, it hit a low of $26 per barrel before recovering slightly up to $40 per barrel currently.

Changes in the Oil&Gas market?

Inability to find new reserves: Oil exploration has not been as successful as it used to be with companies finding fewer reserves than before. Increased production by OPEC countries: OPEC countries such as Saudi Arabia have increased their production levels significantly over the years which has contributed to lowering global demand for oil products such as diesel oil or gasoline among others.

The oil and gas market has been volatile in the past few years and it is likely to continue to be so. As prices rise and fall, you may want to start thinking about your future financial security.

Due to the COVID-19 epidemic, the demand for oil worldwide dropped substantially in 2020. Governments closed businesses and limited travel due to this pandemic. During the month of March, there was a price war between Russia and Saudi Arabia over oil based on a failure to reach a consensus on oil production levels within their nations.

Is there a future in OIl&Gas?

The answer is yes. There’s no doubt that the oil and gas industry is facing a period of major change. But we think we’re also at a point where there are opportunities for people who are willing to take risks and invest in new technologies.

Oil companies have been slow to adapt, but they are starting to realize that they need to start thinking differently if they want to survive. They need to adopt new business models, such as making their assets available on a pay-per-use basis or offering them as service contracts. They need to change the way they recruit and train people so that they can attract more people with the skills needed for tomorrow’s industry. And they need to embrace technological innovation and make it part of their core strategy

What type of market is the Oil industry?

A major part of the energy market is the oil and natural gas sector, which plays a significant role in the global economy as the world’s most precious raw materials. he oil industry is made up of thousands of companies that provide products and services to the public and private sectors, including exploration and production, refining, marketing and distribution.

Oil prices are determined by supply and demand, which are influenced by geopolitical events around the world as well as economic factors such as inflation rates and interest rates. The global oil industry is worth trillions of dollars in revenue each year. The United States alone consumes almost 20 million barrels of crude oil each day from around the world — and that figure does not include other petroleum products such as gasoline, diesel fuel or jet fuel.

What is Oil&Gas marketing industry?

Oil and gas marketing industry is an industry that deals with the marketing of oil, gas, and related products. It includes activities that support the sale of crude oil or extracted natural gas from the wellhead or refinery to the end user. This includes activities such as gathering and analyzing data, managing marketing campaigns and executing sales strategies. The end users may be either industrial consumers or final consumers.

Oil and gas companies usually have large budgets for their marketing efforts because they need to invest significantly in order to be competitive in both local and global markets. This makes them a great target for companies offering consulting services, advertising services and other marketing services like PR.

The oil and gas industry has grown rapidly over the past few years due to increasing demand for fossil fuels worldwide. Over time, this has led to a shrinking supply of available resources which has resulted in higher prices per unit volume of energy produced. 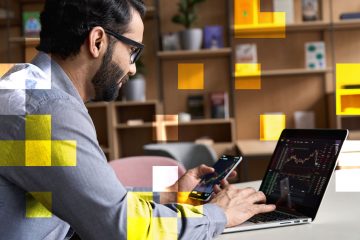 Pros And Cons of Digital Banking

There’s a lot of talk about blockchains and their potential implications for the future of banking. But what are they, and how do they work? In this blog post, we’ll discuss the pros and cons of digital banks. Digital banking is the latest trend in financial services. As technology improves, traditional banks are looking at… 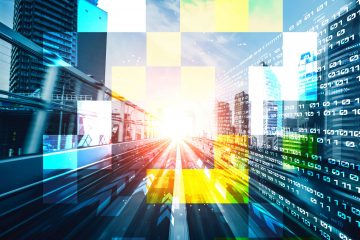 Digital Transformation In The Oil&Gas Industry 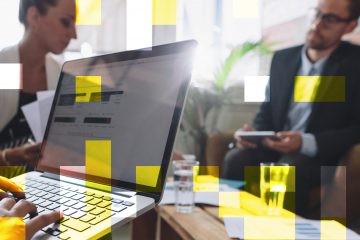 The gradual onset of big data technology and the continuous evolution of various work process technologies has taken off new dimensions. The advent of the Internet of Things and other connected devices has left no stone unturned in impacting supply chain functionality on a strategic level.  It has spurred the evolution of digital transformation across… 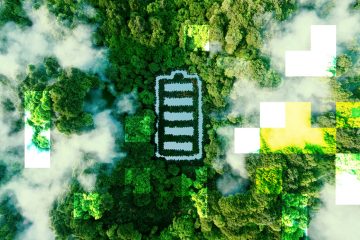 The Key To Successful Digital Transformation In TheOil&Gas

There is no doubt that the industry is undergoing unprecedented levels of disruption. The industry is going through a period of digital transformation and stands to gain even more if it is successful. Digital Transformation is what oil & gas companies require in order to get ahead of the competition. In a market where new…